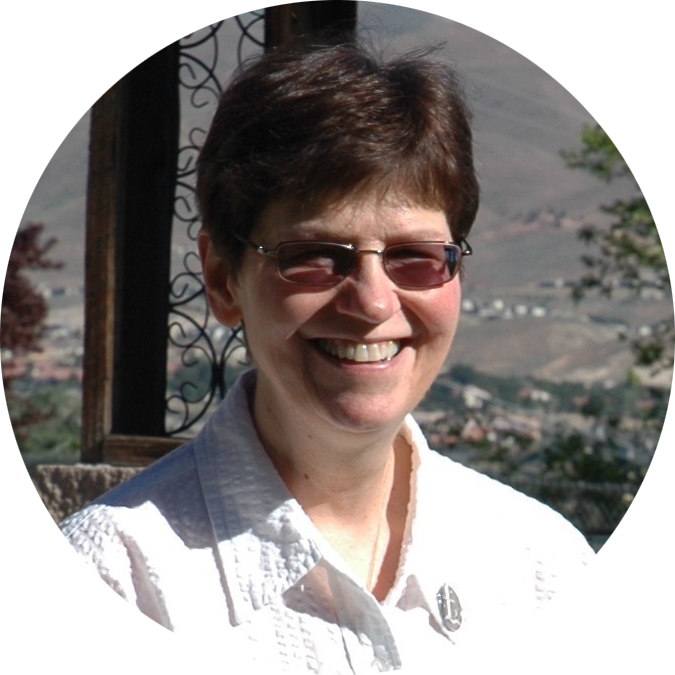 During my years as a professional musician I felt something was missing. When I discovered Carmel I knew I had come home. The life of prayer has served to unlock a world within me that I never knew existed. In this space of vulnerability to the Holy, I am slowly being transformed into a different sort of musician…one whose very life seeks to echo the Beauty of the Divine in our world.

The Intersection of Spirituality and Technology

I am a Carmelite nun, a calling that often evokes images of solitude and silence; a contemplative life of withdrawal from the world.

Yet somehow, I have not been able to escape the world of technology. And even though it seems entirely contradictory to the life I have chosen, technology allows me to connect externally with the world I carry in my heart in prayer.

I was born into a musical family — the seventh of 10 children — all of us musicians. Yet alongside this obvious musical trajectory was a sense of feeling called to be a religious sister from as far back as I can remember. In fact, I can’t remember ever NOT feeling that I would one day be a sister.

I studied piano and cello from an early age. I began playing professionally while I was still in high school, and after graduating from Indiana University with a Bachelor of Music in cello performance, went the route of a professional orchestral-chamber musician.

I played in professional orchestral and chamber music groups for several years, eventually coming to the conviction that I would not be at peace until I explored religious life. Eventually, my search ended at the Seattle Carmelite monastery.

When I walked through the cloister doors in 1982, I was almost 28 years old. I took my cello with me, but ended up playing more piano as that was a greater need in the community. I began to learn about liturgy and to discover a rich musical heritage in the church, further expanding my musical horizons.

From my earliest days in Carmel, I bonded with St. Therese of Lisieux, the young French Carmelite saint, as my mentor and friend. When the Carmelite Order was looking for ways to celebrate her 100th anniversary of death in 1997, I offered to compose a hymn in gratitude for her profound influence in my own life. Therese’s Canticle of Love was the result.

What I intended as a simple hymn for St. Therese that Carmelites could sing in their monasteries became well known and eventually published. I recently learned that a YouTube channel featuring my hymn has received more than 34,000 views. What a surprise!
Shortly after composing Therese’s Canticle of Love, I was approached by St. Luke Productions with a request to write the musical score to the movie Therese.

How was it possible? I never took a composition class in my life! I simply offered Jesus my five barley loaves and two fish, and he has multiplied them for the crowds. It is amazing what God can do when we give as a gift, what has been given to us, even though we may not think it is enough.

With many community responsibilities to juggle — I think I was Prioress at the time — I knew I had to find a faster way to turn out a score and parts. I had heard of the Finale music program and had some idea that hooking up a MIDI keyboard up to a computer could enable someone to actually play the music into the score. I looked into it and found out there was a 1-month summer course being offered in Seattle where I could learn the program.

After a meeting with my community to discuss the commitment involved, and after they agreed I should pursue the work, I remember going to my room and crying. It was another threshold. I thought I left all this behind me when I crossed the threshold of the monastery in 1982. I was afraid. I had been in the cloister for 15 years. I liked things the way they were. Yet I felt called to stretch as I had over and over again since entering religious life. But this was a huge stretch beyond my comfort zone. It challenged my image of Carmel as I had understood it up to that time.

It meant leaving the cloister and entering the academic world again — but this time in full habit. Besides all that, I didn’t know if I was capable of learning the computer program or composing a movie score. The whole thing was too much!

So I cried it out. Peace came. I took a deep breath and jumped.

Some in the monastery found this work disrupting. I was constantly getting phone calls; the monastery call bell was sounding throughout the building; I oftentimes had to forego meals or prayer times with the community working to meet deadlines set by my commitment; my father was working with me on the scores in a back room in the monastery. This was a departure from the ordinary. And keep in mind: all of this was happening before the advent of email and cell phones.

I forged ahead hoping I was doing the right thing. One never knows for sure in this life of faith. In 2001 I transferred to the Carmel of Reno. Another leap. And then another…

It all started with a casual conversation I shared with Dolora Zajick standing in the front hall of our monastery in Reno in 2012. (Dolora is a world-renowned mezzo-soprano who befriended our Carmelite community). For some time Dolora and I had been looking for someone to make a significant musical contribution toward the 500th anniversary of the birth of our foundress, St. Teresa of Avila. One day, several months into this on-going conversation Dolora said, “I’ve been thinking. Let’s do it ourselves.” Dolora would compose an opera scene for Teresa and I would compose ‘some hymns.’ We’d plan a CD of music around St. Teresa and Carmelite themes.

One day while working at the computer together, Dolora said, “Have you ever heard of Lux Aurumque?”
“Lux what?” I asked.

“Here. Put this into Google,” she said, and spelled it for me.

I couldn’t believe what I saw, what I heard. It was my first experience witnessing a virtual choir. Wow!
“Couldn’t you just imagine a group of Carmelite nuns from all over the world singing in a virtual choir?” she said, eyes twinkling.

The seed was planted. The thought germinated for a year before I brought it up to the committee I was working with to plan a national celebration for St. Teresa’s 500th birthday in San Jose, CA. I was convinced they would dismiss me as a lunatic. They didn’t.

Instead, they mandated me to try — try to find out what I could. Who can do this? What would it cost? What would be involved?
Another leap.

It took a few months of conversations and emails, shot off between composing, CD plans, community responsibilities and work related to the San Jose celebration. Finally, I found Scott Haines — the actual producer of Lux Aurumque — live and in person!

Would he do it? “Yes!” Was it possible? “Sure!” Did we have the money? No! But three months later, it came. Another door had swung open. Another miracle dropped in our laps. And so the work began…

In preparation for the celebration for St. Teresa in San Jose, I’m averaging about 40-50 email exchanges a day. Dolora is performing in Barcelona while we’re trying to complete the editing of a CD we’re working on thousands of miles apart! The recording engineer in Seattle sends edits by email for Dolora and me to listen to. We exchange comments by email and keep moving ahead.

And all of this can be done without disrupting the quiet of the monastery, as I’ve asked people who need to reach me to use my cell phone number rather than the monastery number.

I am part of a panel of nuns preparing a PowerPoint for the San Jose celebration, and we are from all across the U.S. We’ve been working together on Google Hangouts for over a year now, connecting the five of us from New York, Massachusetts, Indiana, Nevada and California. We’ve also learned how to use Dropbox to store hundreds of photos for the PowerPoint.

Right now I’m serving on a leadership team of Carmelite nuns who are also using Google Hangouts to meet. The four of us are connecting from Rhode Island, New Hampshire, Maryland and Nevada without ever having to leave our monasteries. We’re all learning how to use Google Docs and Google tag lists to plan our meetings, set agendas, share documents and write letters that each of us can edit online. It’s fantastic!

Then, of course, the virtual choirs. While the producer clearly has the inside “track” on how all that works, the part I DO understand is this: Carmelites from any place in the world where computer and internet access are available can log onto Scott’s website, listen to a recording of the piece they are invited to sing, download the part, learn how to pronounce the text, hear what the conductor has to say about its performance, sing their part — and then submit it, thus becoming part of a world-wide choir of Carmelites. And all without having to leave the quiet space of their own monasteries. Incredible!

I think St. Teresa would have been thrilled to see her daughters and sons united in one choir of praise to God! As of today, more than 100 Carmelite voices are joining from 23 countries to comprise the virtual choir.

Has this stretched me? You bet! When I entered a cloistered monastery, I expected to disappear. And that was just fine by me. Instead, I’ve felt called out in ways that I never could have imagined.

Had I realized what composing Therese’s Canticle of Love would have led to — I probably never would have had the courage to put the first note on the page. There were the recording sessions where I worked with friends who had known me as a professional cellist — not a composer and certainly not a nun. There were articles, an NPR interview, a live radio broadcast in Seattle.

And the build-up and aftermath of STJ500 in San Jose promises the same level of exposure with an even more global impact. Without the Internet, without computers, without smart phones and emails, without musical production software and Google hangouts, achieving the sheer scope we intend for this project would be impossible.

Yes, I’m a nun. And yes, I love that technology can be used as a tool that allows me to spread the message of Carmelite spirituality and tell the stories of our traditions through music and more.
It is all amazing. But then again: God is amazing!

Learn about the making of The Carmelite Virtual Choir

Technology is giving Carmelite Nuns around the world a chance to be unified without ever having to leave their monasteries. A Carmelite Nun from Reno, Sister Claire, wrote music to mark the 500th Anniversary of Saint Teresa’s birth. That music has united these women in a way that they might not have ever imagined.
View it in HD

Virtual Harmony received an Award of Distinction for the 2016 entries in the Communicator Awards, selected by the Academy of Interactive and Visual Arts.