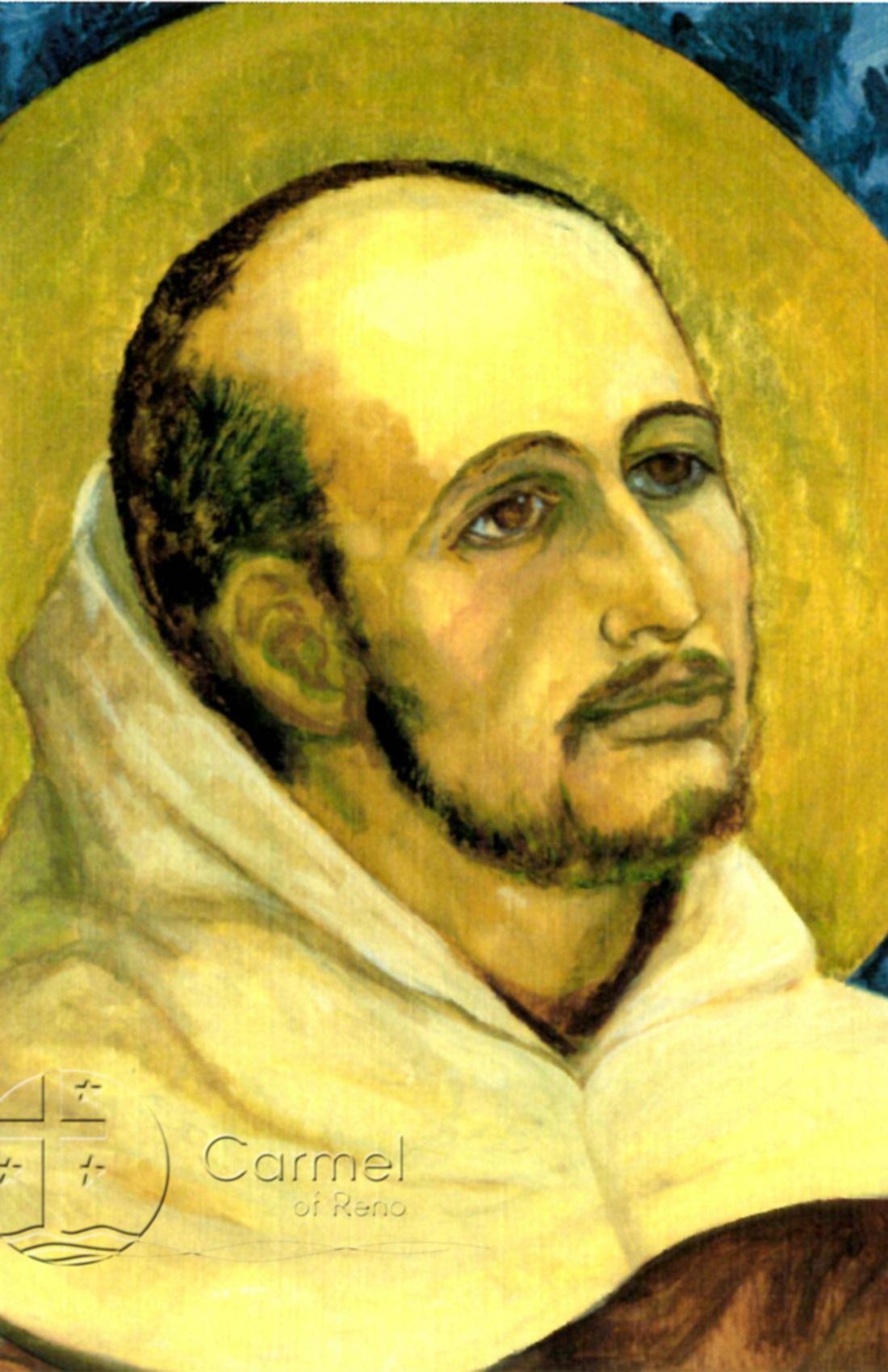 Saint John of the Cross

The father of St. John was discarded by his kindred for marrying a poor orphan, and the Saint, thus born and nurtured in poverty, chose it also for his portion. Unable to learn a trade, he became the servant of the poor in the hospital of Medina, while still pursuing his sacred studies. In 1563, being then twenty-one, he humbly offered himself as a lay-brother to the Carmelite friars, who, however, knowing his talents, had him ordained priest. He would now have exchanged to the severe Carthusian Order, had not St. Teresa, with the instinct of a Saint, persuaded him to remain and help her in the reform of his own Order. Thus he became the first prior of the Barefooted Carmelites. His reform, though approved by the general, was rejected by the elder friars, who condemned the Saint as a fugitive and apostate, and cast him into prison, whence he only escaped, after nine months’ suffering, at the risk of his life. Twice again, before his death, he was shamefully persecuted by his brethren, and publicly disgraced. But his complete abandonment by creatures only deepened his interior peace and devout longing for heaven.

-From Lives of the Saints by Alban Butler, Benziger Bros. edition (1894). 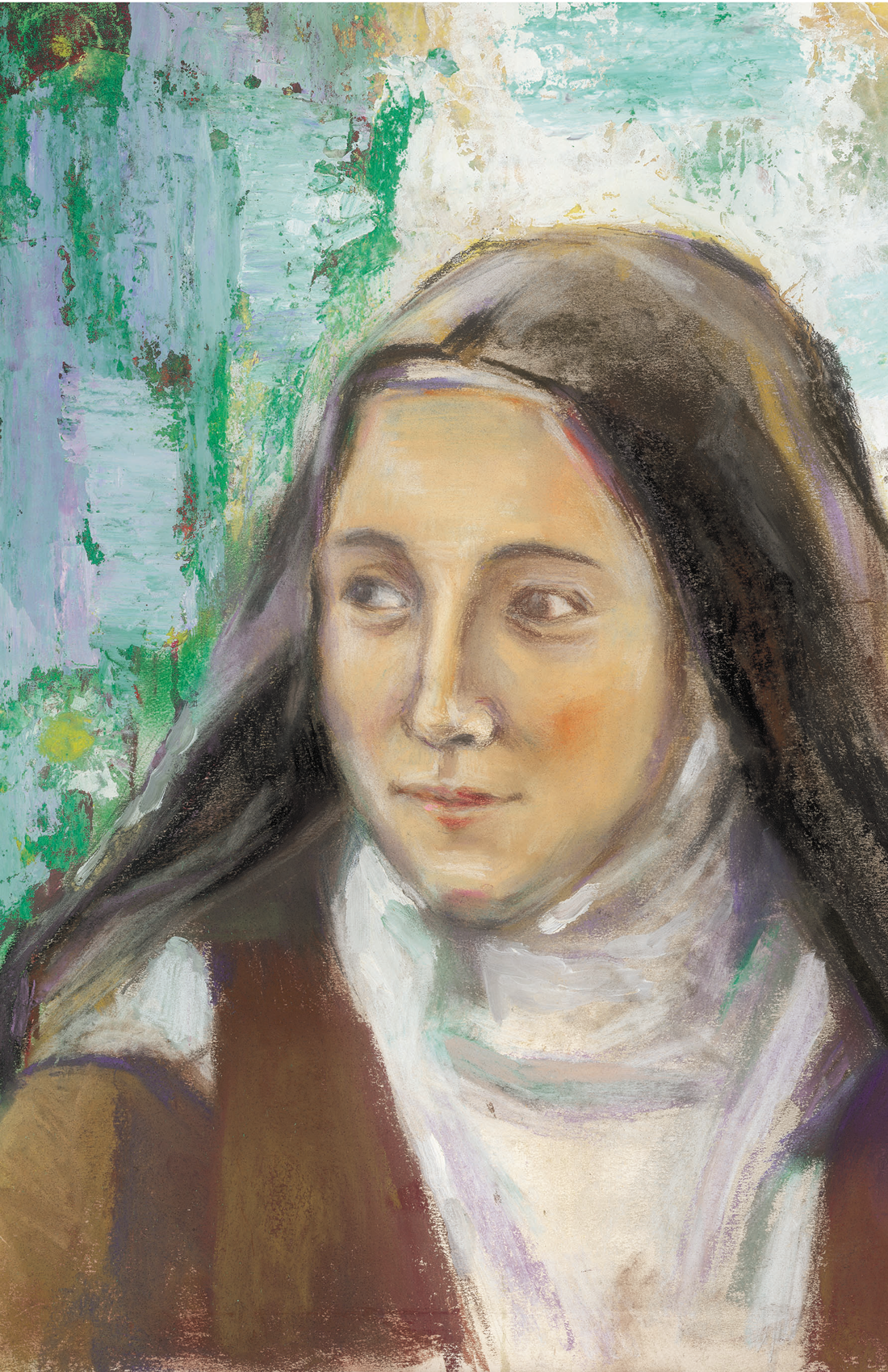 Within a few years after her death in 1897 at 24, Therese of the Child Jesus and the Holy Face, had developed a world wide following. Her “little way” particularly appealed to the ordinary person as she advocated simplicity and performing daily tasks and small things with  love, trust and complete surrender. It was at the command of her superiors that her autobiography “The Story of a Soul” was written even as she was critically ill. Within a short time after her death it became an inspiration to many.  Her sensitivity and early experiences  were transformed into opportunities for spiritual growth.  She joined her sisters at age 15. Her keen psychological insight, unswerving love of God, and passion for souls were qualities valued in her role as assistant novice mistress. The first symptoms of her Tuberculosis developed in 1895-96 By late spring 1897 she had been moved to the infirmary and died on Sept. 30th. Her “Little Way,” of bearing imperfections, aspiring to holiness, trusting in God and being carried in the arms of God’s love has influenced the people throughout the world. 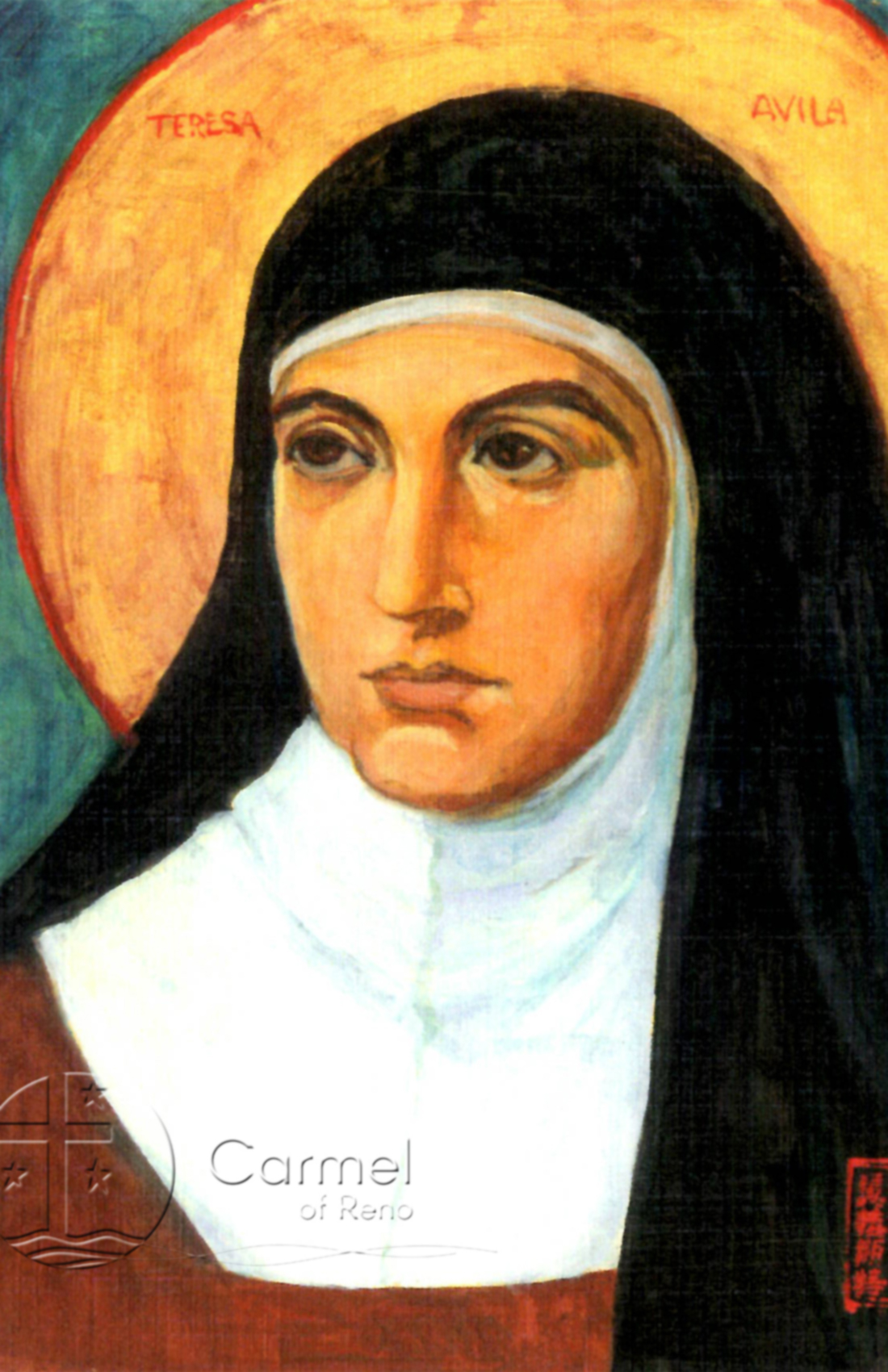 St.Teresa was an inquisitive and lively child born in Avila Spain in 1515. She grew up in a family with devout Catholic parents.  As was the culture then, most rooms in their home had religious statues and paintings, one of which was inscribed with the response of the Samaritan woman to Jesus at the well “Lord, give me that water.”

Years later Teresa wrote in her autobiography “Oh, how often I remember the living water of which the Lord spoke to the woman of Samaria.  I am so fond of that Gospel. I have loved it ever since I was a child—though I did not, of course, understand it properly then, as I do now—and I often used to beseech (God) to give me that water.” (Life ch 30) Reflecting on the image of Christ and the Samaritan woman at the well helped Teresa throughout her lifetime to focus her attention on the Sacred humanity of Christ Jesus.

At the age of 20 Teresa entered a convent of 130 Carmelite Sisters. For 17 long years she led the life of a middle-of-the road, somewhat lax contemplative nun. At age 38 she experienced a 2nd conversion which was followed by 9 years of an intense spiritual search…